Mark is an author/illustrator with a background working across media. He has illustrated several award-winning picture books since 2008. His book EARTHLING! (Chronicle Books) was named winner in the graphic novel category in the Spirit of Oregon Book Awards in 2012. His newest book THE GREAT THANKSGIVING ESCAPE (Candlewick) was released September 9th!

Mark has volunteered to present a special program on the the 10 or 12 books that didn't sell for him over the past two years. "Mark's Mistakes" will include thoughts on why those books didn't sell. Fiona brings a lifetime of passion and experience of children's and YA books: she was still just a teen when she started working in a children’s bookshop. After graduating with a Masters in English Literature from Cambridge University, she went on to spend 20 years as publishing director at Oxford University Press,  Hodder (Hachette) and HarperCollins. She has worked with major and debut authors on both sides of the Atlantic: her authors have won every major British children’s literary award. Several have become million copy bestsellers. Fiona was nominated for “Editor of the Year” at the British Book Awards.

In 2004 she became Vice President of Development Acquisition at Laika Inc. She moved to the US and created a development slate of new projects for the animation studio, Fiona has worked with major directors and screenwriters, acquiring and adapting children’s books and original scripts into movies, including the Academy nominated Coraline and Paranorman and the forthcoming movie The Boxtrolls.

Fiona has lectured widely on children’s books, and teaches publishing to graduate students at Oxford Brookes University and at Portland State. She is herself a published author.

Fiona joined the Transatlantic Agency in January 2013 where she has rapidly been building a notable list of talent from picture books through to YA. Her clients include Clare Vanderpool, Mary Casanova and Amber Keyser. She enjoys the midwifery and career management part of being an agent, and is actively looking for new clients, both published and making their debuts. www.tla1.com  kenshole.blogspot.com/ twitter: @genuinefi Ariel is an Assistant Editor in Children's at Chronicle Books in San Francisco. She assists two editors in addition to editing her own projects, working on a wide range of projects from board books and formats to picture books and novels. She’s been a children’s bookseller for about eight years, at three different independent book stores on two coasts. She also has a master’s degree in Children’s Literature from Simmons College in Boston, where she took courses on all genres of children’s literature. www.chroniclebooks.com Matt is an editor at Scholastic, specializing in chapter book and middle grade fiction. He has worked on are the STAT series by the New York Knicks all-star, Amar’e Stoudemire, the New York Times Bestseller Game Changers series by Mike Lupica, and The Puppy Place series by Ellen Miles. He has also been editor of all the Goosebumps series publishing by R.L. Stine since 2009. Matt is always on the lookout for books with likeable male protagonists and multi-cultural characters. He loves humor, sports, adventures, horror, and general weirdness. www.scholastic.com Twitter: @doesntmattr 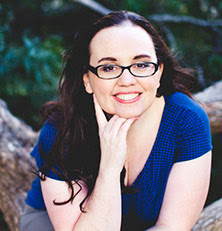 For more than six years Danielle Smith has been the well-known blogger behind the online review site, "There’s a Book," voted the BBAW’s Best Kidlit Book Review Blog and host to over two-hundred thousand page views per month. Her children’s book reviews have also appeared in top online and print publications such asParenting Magazine and Women’s World. Smith’s expertise in children’s literature led her to serve as a judge for The Cybils Awards from 2010 to 2012, and as a board member of The Central Coast Writer’s Conference and the BEA Book Bloggers Advisory.

Danielle comes to Red Fox Literary after a successful stint at Foreword Literary where she sold Julie Falatko’s highly anticipated picture book SNAPPSY THE ALLIGATOR (Did Not Ask to Be in This Book) in a pre-empt to Viking Children’s Books.

“There is something magical about working with children’s books,” says Smith who still cherishes the time she’s able to read with her own two children each day. As the latest addition to Red Fox Literary, Smith will be looking to further expand on the sterling reputation she's built within the children’s trade publishing world. Her client list includes both authors and illustrators working in genres from board books to picture books to young adult novels. http://redfoxliterary.com/ Twitter: @the1stdaughter